Eugene Goostman has done it again! *No, it has bettered what it did previously: the machine entry convinced one third of 30 Judges that it was human in Turing tests carried out at The Royal Society London, 6-7 June 2014.

For the record, at The Royal Society London  Vladimir Veselov, Eugene Demchenko and Sergey Ullasen, the team behind machine entry Eugene Goostman, surpassed their previous record, convincing 25% of the Judges, at Reading University in 2008 increasing that to convincing 29.17% of the Judges at Bletchley Park in 2012 that Eugene was a human - see the New Scientist report by Celeste Biever, one of the Judges in 2012 here:


[NB: IBM's Watson team headed by David Ferrucci declined to take part in Turing100 at Bletchley Park in 2012. Watson is a reverse question-answer deep-search system and not built for making human conversation.]

For clarification, in 2012 two versions of Turing's Imitation Game were implemented:

The purpose of the 2012 Turing test experiment was to find which of those two versions of the Imitation Game was the tougher for the machines, it turned out to be 1) above  - the Turing100 at Bletchley Park team reported at a conference [ ICAART 2014 in Angers] - you can view that presentation, 'Fundamental Artificial Intelligence and Machine Performance in Practical Turing tests' here.

Other publications from the 2012 Turing tests include:

Assumptions of Knowledge and the Chinese Room in Turing test Interrogation

The human participants (judges and hidden humans) were drawn from members of the public and came from all walks of life as well as academia included some who flew in self-funded especially from across Europe, from the US and Russia:

YouTube of Session 5 Judges in City of London Room 1, and Visitors watching the conversations live on TV screens in the Wellcome Trust Hall in The Royal Society London, 7 June 2014, here:
https://www.youtube.com/watch?v=zgqetyY-_5U&feature=youtu.be


YouTube of Session 6 Judges in City of London Room 1 in The Royal Society can be seen here:
https://www.youtube.com/watch?v=5PBcTK8NnMs

Pictures from The Colonnade Hotel Maida Vale (was Paddington Lodge when Alan Turing was born there in June 1912): 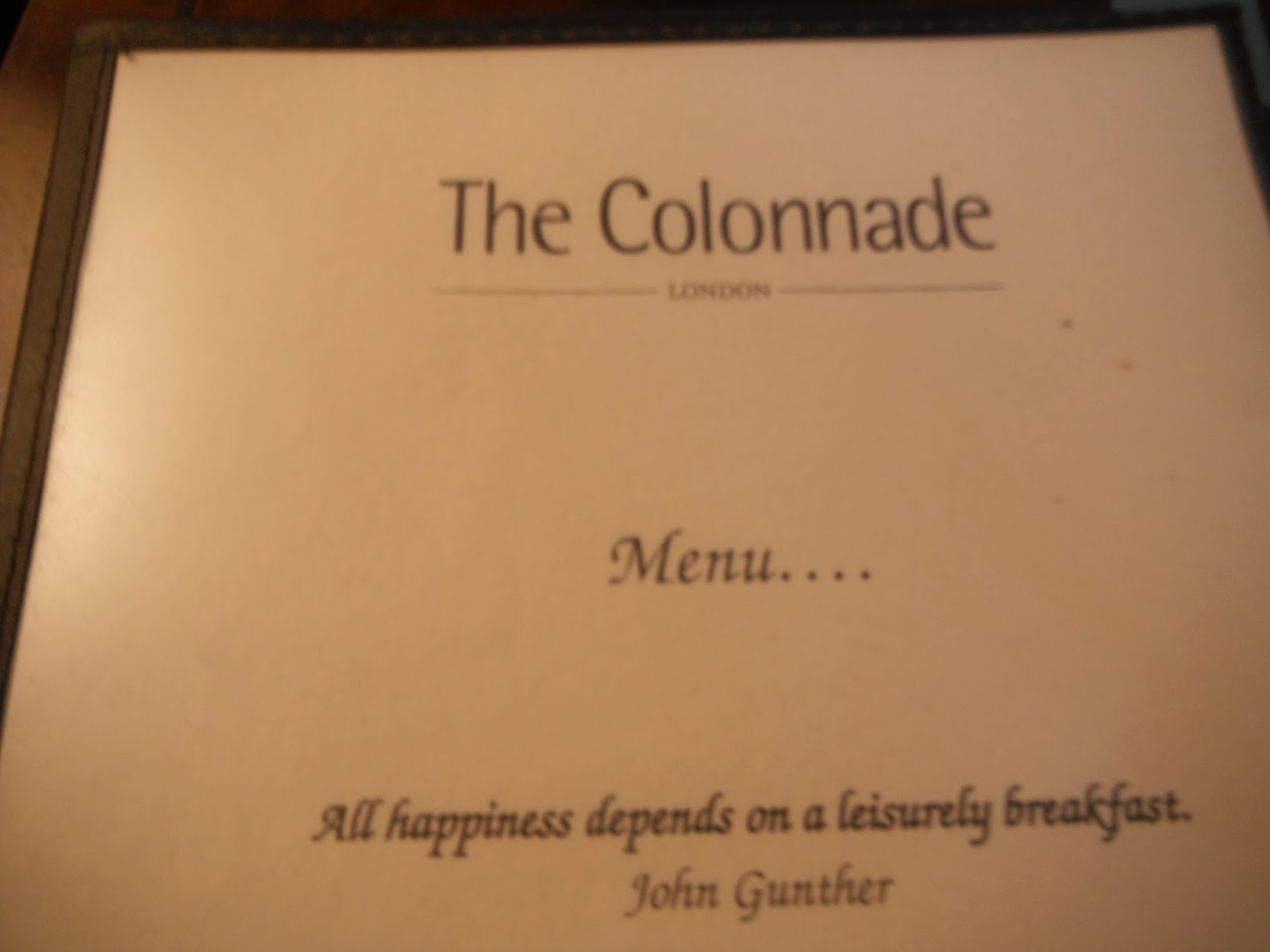 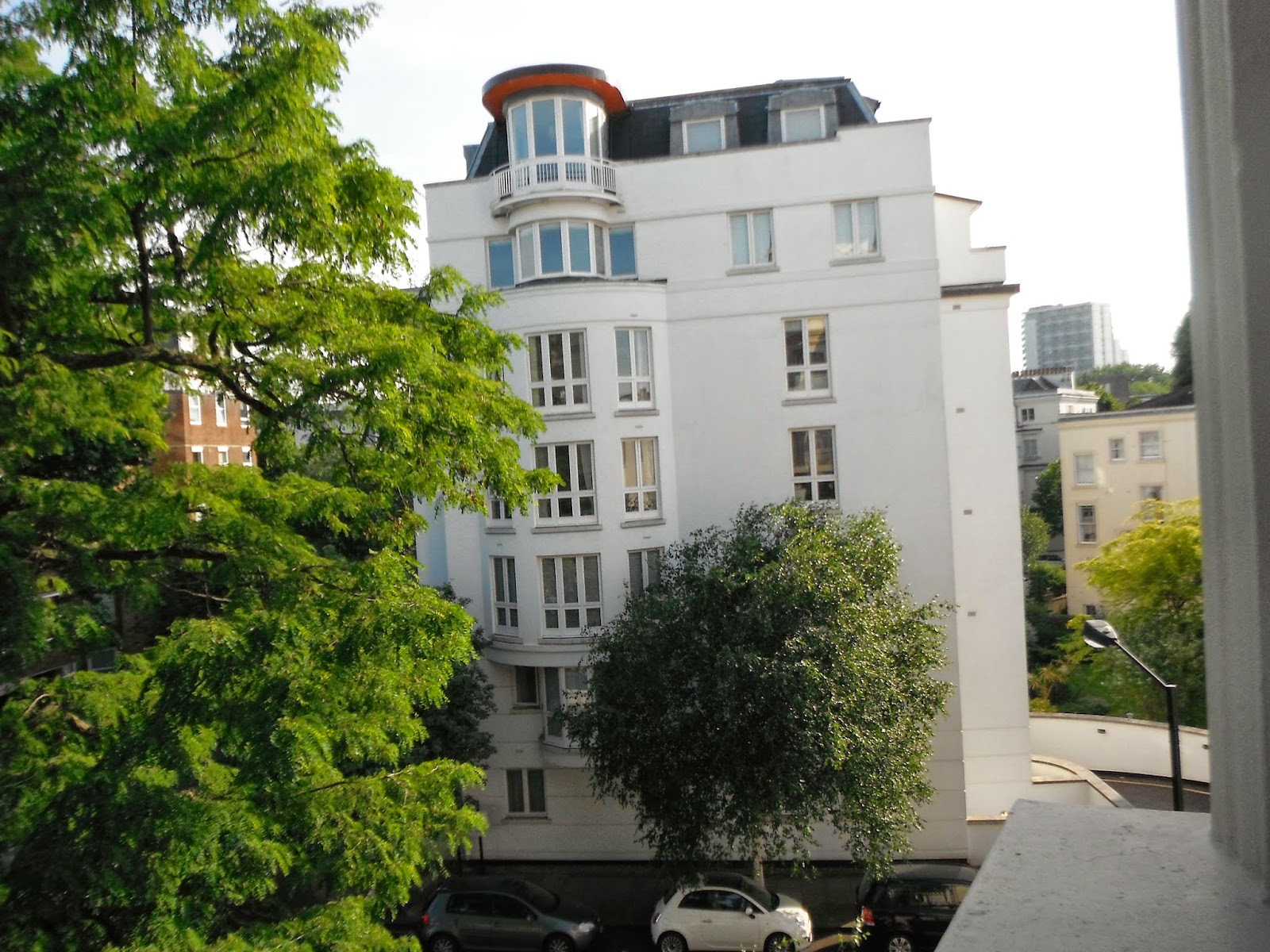 One of the best Turing2014 Team memories is staying at Turing's birthplace for one night, before the main/public event, and strolling around Little Venice after a great dinner and discussion with Turing2014 team members.

Pictures from the Royal Society and the Turing tests: 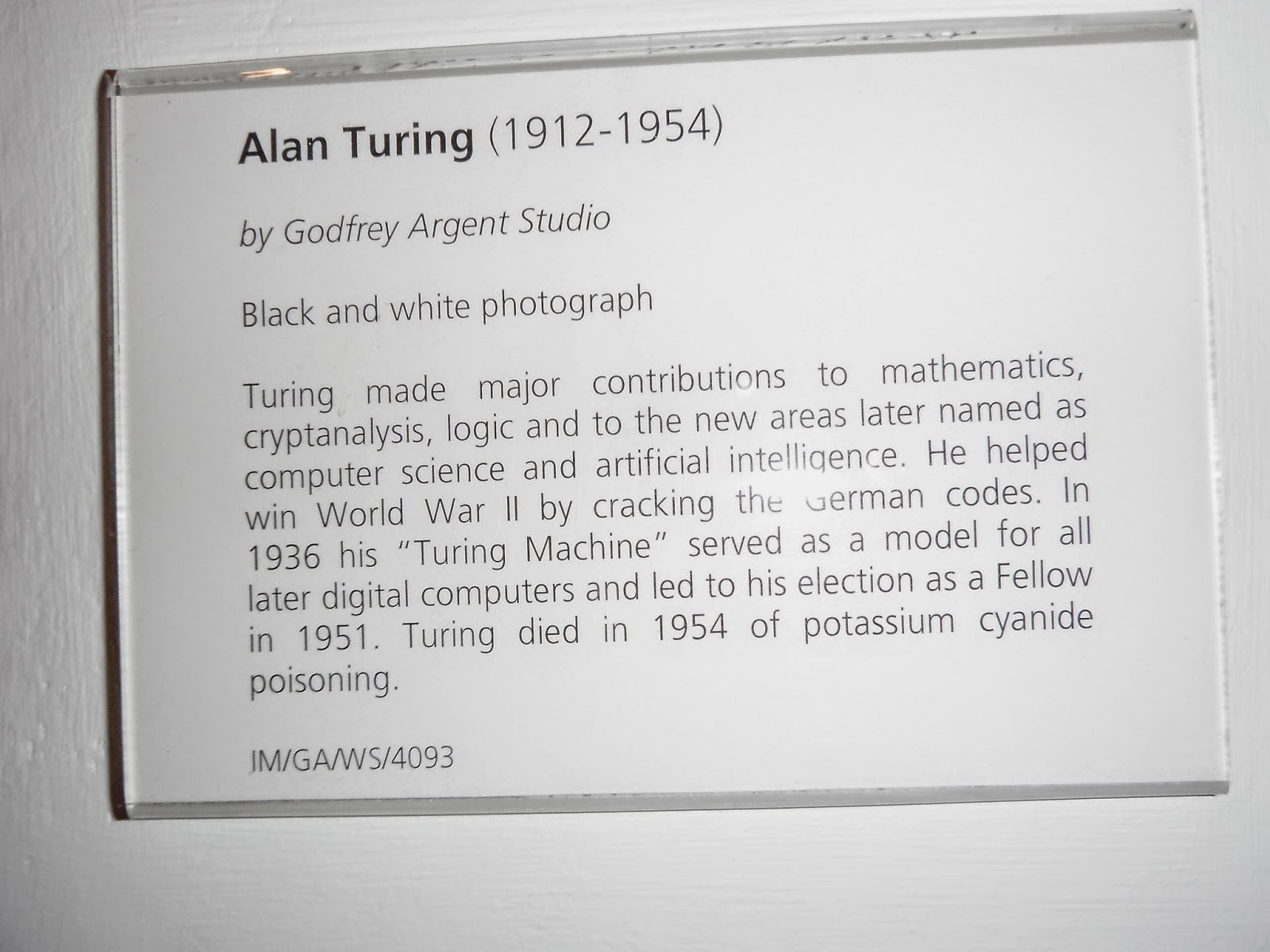 Lunch for the Turing2014 team:


After the last, 6th Session of the Turing test event, on Saturday 7 June 2014 all the Judge scores were independently checked and verified by Professor John Barnden of Birmingham University, and Dr. Fiorella Battaglia and Dr. Federica Lucivero from the EU RoboLaw project.


Each of the Invited Machine Developers was awarded a one-off RoboLaw/Virtual Robots trophy:

One third of the 30 Judges were convinced by Eugene, scoring it as a human. This does not make the human Judges dumb, it is evidence of the Role of Error-making in Intelligent Thought  - that smart people can be deceived quite easily. Professor Warwick commented:

"Having a computer that can trick a human into thinking that someone, or even something, is a person we trust is a wake-up call to cybercrime. The Turing Test is a vital tool for combatting that threat. It is important to understand more fully how online, real-time communication of this type can influence an individual human in such a way that they are fooled into believing something is true...when in fact it is not."

Finally, comments from some of the people who were there at the historic event -:


"Thanks once again for a wonderfully organized event. They get better and better! J
... it was great to be included, especially in such an historic result. I think it will certainly shake up the Turing test debates for quite a while."

" I would just like to personally thank you for all the effort you clearly put into the event on the 7th and to thank you for allowing me to be involved. It was a fantastic day with a great outcome and I enjoyed every minute. Artificial intelligence is a  fascinating field and a potential world changing technology. I would be happy to be involved or help out in any way possible for future events projects or anything else related to AI."

"Thank you for letting me take part last Saturday. It was great and I really enjoyed it."

"I am so pleased that the event went well."

"Thank you very much for the excellent event and letting me be a part of it. It was thoroughly enjoyable. I’ve been showing off with the items in the goody bag as colleagues had heard about the event on Friday through media. "

"to participate in last weekend's Turing Tests; it was a real privilege to be involved in some way - they've certainly caused a stir."

"take part in the Turing Test. It was very interesting and my grandson ... realy loved it.

I will be interested to eventually find out the results as he was pretty sure he knew at least one of them was a robot."

ScienceOpen Research @SO_Research · Jun 9
. RT @AmSciForum: The #Turing Test Is Not A Gallup Poll (And It Was Not Passed) http://goo.gl/vvqWwB

Newspaper and online magazine reports of the Turing test event include:

Slate article by David Auerbach pointing out what the Turing test actually isn't:


Professor Kevin Warwick on 'How the Turing test was won and why it matters' in The Independent Voice :
http://www.independent.co.uk/voices/comment/how-the-turing-test-was-passedand-why-it-matters-9528861.html


Robert Llewellyn, one of the Turing Test Judges on Day 1: 6 June 2014, in the Guardian on his experience at The Royal Society:  http://www.theguardian.com/science/2014/jun/09/turing-test-eugene-goostman


Animation for the event: https://www.youtube.com/watch?v=0Hgw9RVwbaw&feature=youtu.be

*For people wondering about methodology of the Royal Society Turing tests, see Warwick & Shah paper in IEEE Transactions on Computational Intelligence and AI in Games: 'Good Machine Performance in Turing's Imitation Game'  and also 'Human Misidentification in Turing tests' available to download for free (as at 15 June 2014) from Journal of Experimental and Theoretical AI here:


For people seeking transcripts of the conversations from the Royal Society tests, please note along with the Judges' scores these will be submitted in peer-reviewed scientific journals and conferences. Please be patient and note Professor Warwick's comment:


"As you might imagine we are yet to unravel the transcripts but when we do these will become available via the normal academic route through academic papers, with our commentary as support. When the papers appear so others will be able to examine the transcripts and see why 33.3% of the interrogators were convinced. We will most likely present each of the transcripts alongside their corresponding hidden human transcript as this is an important part of the tests."

We welcome researchers with different views on what the Turing test is to stage their own public Turing test event. Our interpretation comes from Huma Shah's PhD: Deception-detection and machine intelligence in Practical Turing tests, see also blog post What is Turing test success?